A Scandinavian travel company with a global wingspan, Albatros Travel has grown from a small office in Denmark to offices around the world.

'Albatros' is the Danish spelling of 'albatross' - the globe-trotting bird with the big wingspan! From safaris and cruises, to Arctic voyages and Adventure Marathons in the African bush, Albatros Travel spans the world with our unique packages.

From a small office in Copenhagen, Denmark, the company now employs more than 250 full-time staff in branches across three continents, with Albatros Travel India being the latest family in the Albatros Travel Group. Initially focused on Africa, Albatros Travel is a market leader in Scandinavia and offers tours and cruises throughout the world, as well as owning the Albatros Adventure brand that arranges and hosts marathons in exotic locations, such as the Greenland ice sheet, African savannah and the Great Wall of China.

Albatros Travel also has refitted luxury cruise ships that sail voyagers to the more isolated corners of the Arctic. A family company, Albatros Travel remains privately owned and has been awarded the AA credit rating for the financial security of its operations.

All of our different business operations are united under the same set of principles that govern the Albatros Way: a commitment to quality, responsible travel and customer satisfaction.

1986
Albatros Travel is established by biologist Søren Rasmussen and starts with safari tours in Kenya.

1987
Albatros Travel delves into adventure travel in Indonesia in particular. A support foundation for the Penan people of Borneo is established.

1992
Albatros Travel documents the fight against logging in Borneo. The footage is shown on ABC and NBC in the United States and on several TV stations in Europe.

1994
China and Greenland are included as new destinations in the product portfolio. The Kenya office is established.

1997
Albatros Travel works with the Danish Government to save forests in Sabah, Borneo. Introduces diving trips to Antartica.

1998
Bhutan and Mongolia are new destinations.

2000
The first and only Kilimanjaro Adventure Marathon is held. Participants hike to the top and run a marathon down and around the mountain! Only thirteen runners complete the race and Søren Rasmussen is one of them.

2002
The Tanzanian branch is established.

2003
The Great Wall Marathon is cancelled because of the SARS outbreak. The first trip to Danmarkshavn in east Greenland.

2005
The Norwegian outbound business is established. The first Big Five Marathon is held in South Africa.

2010
Albatros Travel brings the first tourists to Hans Island off the coast of West Greenland.

2012
The China and India offices are established. 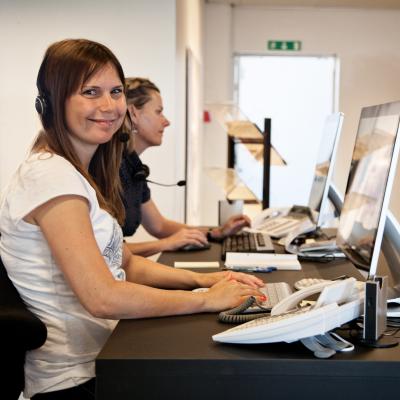